The GGAA  is the world’s premier event on livestock emissions research and it will meet consecutively with the Livestock Research Group (LRG) in Australia, bringing together the global research community of livestock emissions experts – the third GGAA to incorporate an LRG meeting. The last GGAA was held in Ireland in 2013 and previous events have been held in Canada, New Zealand, Switzerland and Japan.

The conference programme is jam-packed with talks, workshops and poster presentations of core interest to the LRG (and in many instances featuring familiar faces). A few such examples include:

We are also anticipating presentations from some of the LRG’s networks, including Alex Hristov and Jan Dijkstra from the Feed & Nutrition Network, Jamie Newbold of the Rumen Microbial Genomics Network and Dave Chadwick of the Manure Management Network. 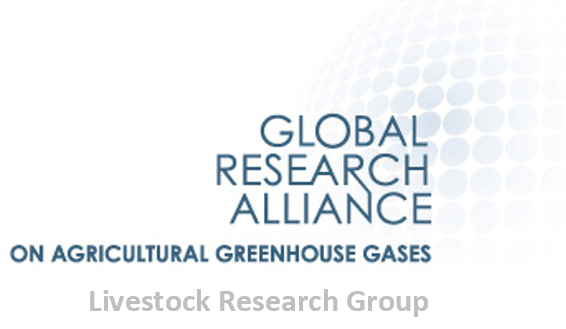 The GGAA and the LRG have been closely associated over the years, with the LRG making the most of the GGAA’s global gathering of scientists to meet in its margins. The 2016 GGAA is no exception, with an LRG meeting hosted by the Australian Government on February 19-20 and various meetings of the LRG’s research networks taking place in the margins (see text box).

The LRG meeting will focus on advancing several opportunities during 2016 including:

The LRG meeting will also incorporate a joint session with the co-chairs of the GRA’s new ‘Integrative Research Group’. This group is a merger of the GRA’s previous two cross-cutting groups (Soil Carbon & Nitrogen Cycling, and Inventories & Monitoring), which was agreed at the Council meeting in September 2015. This will be the first opportunity for the Integrative Research Group Co-Chairs to meet together and they will be finalising the group’s structure and organisation as well as identifying opportunities to collaborate on activities with the Livestock Research Group.

The workshop was attended by five non-GRA member countries; Latvia, Lithuania, Poland, Romania, and Slovakia, as well as participants from GRA member countries from all around the world. During the first day the workshop focused on the policy context of the GRA with presentations on the importance of agriculture in Mid-Europe, the functioning and possibilities of the GRA and […]