You’ve reached the Malaysian page of the Global Research Alliance 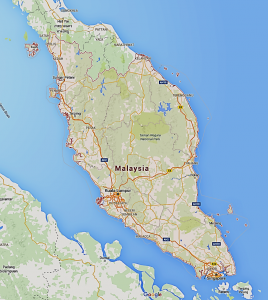 In Malaysia, agriculture contributes approximately 10% of Malaysia’s gross domestic production. At least one-third of the country’s population depends on the sector for its livelihood, with some 14% employed on farms and plantations. Initial National Communication (INC, 2000), greenhouse gases (GHG) from agricultural activities in 1994 estimated at 14.8% of CH4 and 13.3% of N2O from the total country emissions of CH4 and N2O respectively. Malaysia’s Second National Communication (NC2) submitted in 2011 reported that Malaysia was a net sink in 2000 with the net emissions after accounting for the removal was -26.79 million tonnes (Mt) CO2eq. The agriculture sector contributed 3% of the total GHGs in 2000 at 5906 Mt CO2eq.

Major acreage of rice in Malaysia is grown on flooded fields. When fields are flooded, aerobic decomposition of organic material gradually depletes most of the O2 present in the soil, causing anaerobic soil conditions which produce CH4 through anaerobic decomposition of soil organic matter by methanogens. The water management system under which rice is grown is one of the most important factors affecting CH4 emissions. Upland rice fields are not flooded, and therefore are not believed to produce CH4. In deep water rice fields (i.e., fields with flooding depths greater than one meter), the lower stems and roots of the rice plants are dead, so the primary CH4 transport pathway to the atmosphere is blocked. The quantities of CH4 released from deep water fields, therefore, are believed to be significantly less than the quantities released from areas with shallower flooding depths. All rice in Malaysia is grown under continuously flooded conditions; none is grown under deep-water conditions. Initial National Communication (INC, 2000) reported that GHG from rice cultivation in 1994 estimated at 18.6% whereas NC2 reported that GHG from rice cultivation in 2000 estimated at 15.9% from the total country emissions respectively.

The importance of livestock GHG mitigation

The country’s goal is to reduce their GHG intensity (GDP) by 40%, based on the base year of 2005 by 2020. In terms of livestock industry, Malaysia is targeting higher a Self-Sufficiency Level (SSL) for the local beef & dairy industry. The current level is at 10% and plans have been devised to achieve 15% SSL to reduce more importation and entice higher economic growth through local ruminant industry. Developing comprehensive inter-agency strategy may help to cut methane emissions, especially from agriculture sector. As for the livestock sector, an early start is beneficial before the industry goes full bloom, or even when the SSL level is increased.

How the GRA / related parties can help us achieve our goals

In recent years, the GRA through various channels has helped our researchers on these efforts in workshops/trainings by sending fellow expert scientists/technicians from developed countries to this nation or providing opportunities for Malaysian researchers to travel to developed countries. Among those trainings are the Borlaug Fellowship in the USA and LEARN in New Zealand.

Benefits of investing in agriculture and GHG emissions