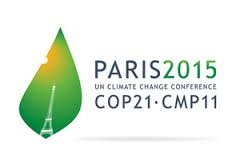 This week marks the ending of the 2016 Conference of Parties (COP21) in Paris, France, where 195 countries made a legally binding agreement to keep a global temperature rise this century well below 2 degrees Celsius, and to limit the temperature increase even further to 1.5 degrees Celsius above pre-industrial levels. See the agreement

Other outcomes of specific interest for the GRA include: