Japans Statement from the 2018 Council Meeting

At the eighth annual Council Meeting held in Berlin, Japan spoke about what they have achieved in their time as Council Chair before the hand-over to Germany.

Some of their achievements included hosting the 2017 Council meeting and Science conference, supporting research groups and flagships, lifting the profile of Alliance, strengthening relations with its partners, and expanding the membership of the Alliance during its chairmanship.

The statement from Japan on it’s achievements can be downloaded here.

The scholarship was announced on 29 August 2017 at the Global Research Alliance on Agricultural Greenhouse Gases (GRA) Council meeting in Tsukuba, Japan, and is a joint initiative of the GRA and the Consultative Group on International Agricultural Research.

New Zealand funding support will enable up to 40 recipients to be hosted in research centres of GRA partners and member countries over the next three years. New Zealand has been a long standing donor of the CGIAR, most recently committing a further $11 million over two years to its network of research institutes around the world.

Find out about the 2017 Global Research Alliance Council Meeting

Activities Update from our Special Representative

Below are some excerpts from an update on the recent activities of our GRA Special Representative, Hayden Montgomery.

“My very best wishes to you all for a very happy and prosperous 2017.

In the margins of COP22 in Marrakech, Morocco, on 10 November I represented the GRA in a meeting organised by our vice-Chair, Japan, to follow up on the 2016 G7 Agricultural Ministers declaration – the result of their meeting on 23-24 April 2016 in Niigata, Japan.   The GRA was invited to participate in a panel, along with Global Alliance on Climate Smart Agriculture (GACSA), 4 per 1000 on soil carbon, and the FAO’s Global Soil Partnership, to explore ways to cooperate more closely.  The event was well attended by G7 members, government officials of other interested countries attending COP22, FAO, OECD, CGIAR, IPCC and other international organizations associated with tackling climate change issues – many of which are Members and Partners of the GRA in their own right.  I’d like to thank Japan for organising this event and I will ensure that as we prepare for the next GRA Council meeting in Japan later this year I’ll take the opportunity to continue the sharing of information between these initiatives and explore concrete opportunities for collaboration.

While in Marrakech, I was also able to participate in the launch of the 4 per 1000.  Following the GRA Council’s agreement, I was able to sign the 4 per 1000 Declaration of Intention on the GRA Secretariat’s behalf and participate in the first meeting of its Consortium.  I look forward to tracking the ongoing development of this initiative to help ensure that the research being conducted is directed towards common objectives. We are already taking steps to ensure that the Soil Carbon Sequestration Flagship is well coordinated with the International Research Programme of the 4 per 1000.

Following consultations with the IPCC Secretariat, on 28 November 2016 the GRA Secretariat sent a letter to the IPCC formally requesting that the GRA be admitted as an accredited observer, as per our agreement at Council.   We await the decision making process of the IPCC and hope that at its Panel meeting in late March 2017 a favourable decision will be taken.

While in Marrakech I was also able to meet with a number of GRA partners, including the CGIAR Climate Change, Agriculture and Food Security (CCAFS) programme, Food and Agriculture Organisation (FAO), Global Open Data for Agriculture and Nutrition (GODAN), Climate and Clean Air Coalition (CCAC) and a host of other potential future GRA partners.  I will be following up with these institutions in due course.

I’m sure you’ll all join me in welcoming South Africa as the newest and 47th Member of the GRA.  I’m delighted that the Membership is still growing and look forward to South Africa participating in subsequent GRA meetings and activities.

I’m very pleased that we have now established Task Forces for each of the four GRA Flagship projects that were adopted at the Council meeting in October.  Now begins the real work of elaborating projects and activities so that we can ensure that the projects meet the needs and expectations of the GRA Members and Partners.

This week I’ll be in Rome to attend the first meeting of the GRA’s Integrative Research Group – an important milestone in advancing the work of its networks and the elaboration of the GRA’s Soil Carbon Sequestration Flagship project, among others.  While in Rome I’ll be meeting with FAO staff to identify concrete ways to align its work with that of the GRA and I’ll be participating in an Expert Meeting on Climate Change, Land Use and Food Security, being hosted by FAO and IPCC.  I look forward to updating you on the outcomes of these meetings on our teleconference.

The 17th Global Symposium on Soil Organic Carbon (GSOC17) is a scientific meeting that will be held over three days at FAO headquarters in Rome, Italy, on 21-23 March 2017.   This could present an excellent opportunity to make progress in advancing the Soil Carbon Sequestration Flagship and raise the profile of the GRA in this scientific community.

On 10-13 October 2016 the Global Research Alliance held its annual Council Meeting in Mexico City. Mexico became the new Chair in place of the USA, with Japan as the new ViceChair. 26 Member Countries attended the meeting, which included a field trip on the last day. Information on the outcomes of the meeting will be given shortly. 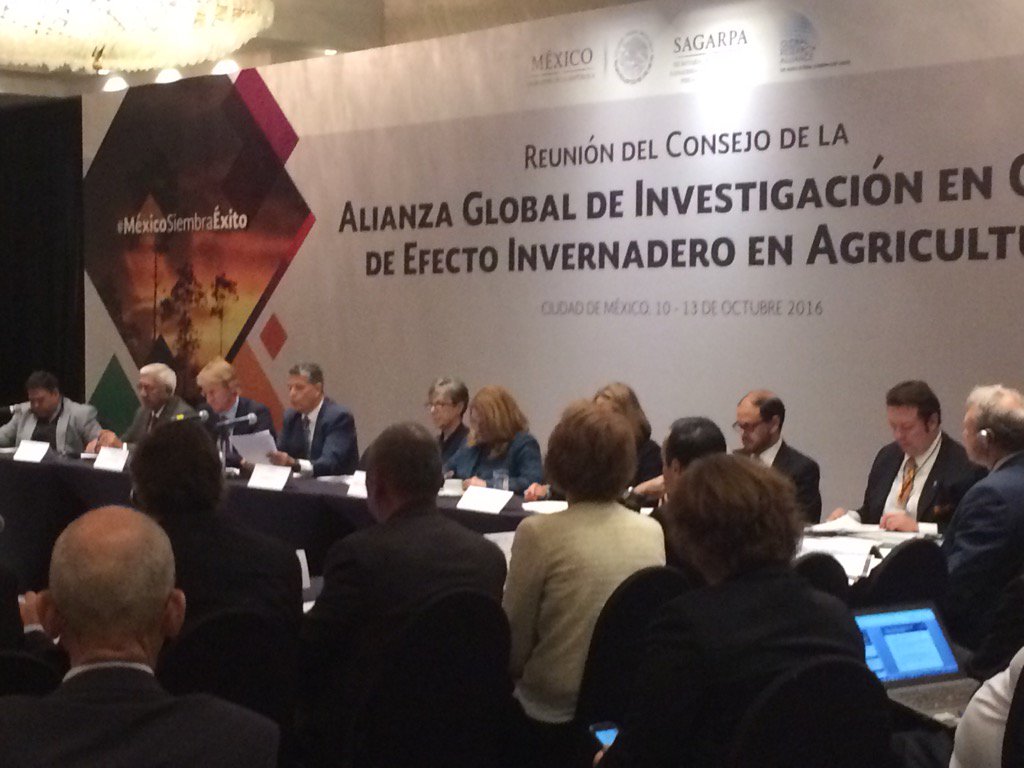 The Global Research Alliance on Agricultural Greenhouse Gases is delighted to announce our new Special Representative, Hayden Montgomery. This is the first time the Alliance has appointed such a role, which will help us in our work with international and regional organisations, NGOs and the agricultural sector globally.

Hayden will be known to some Members as the person responsible for setting up the LEARN Network, in some ways a precursor to the Alliance; and as part of the team that initially helped establish the Alliance, including the Secretariat.

We are very pleased to welcome Hayden in his new role. 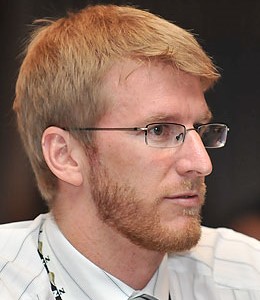 First Meeting of the Working Group on Research Collaboration

The GRA’s  International Research Collaboration Working Group (IRCWG) will hold its first physical meeting next month in Brussels, Belgium. The IRCWG was  formed  by Members of the GRA as an outcome from the 2015 Council meeting to assist in the preparation of the GRA’s 5-year strategic plan and to support the GRA Research Groups and collaborative research activities. The group will meet over two days, June 13-14, and will be hosted by the European Commission.

Any GRA Member who is interested in participating in the meeting and the Working Group should contact the Secretariat ([email protected]). 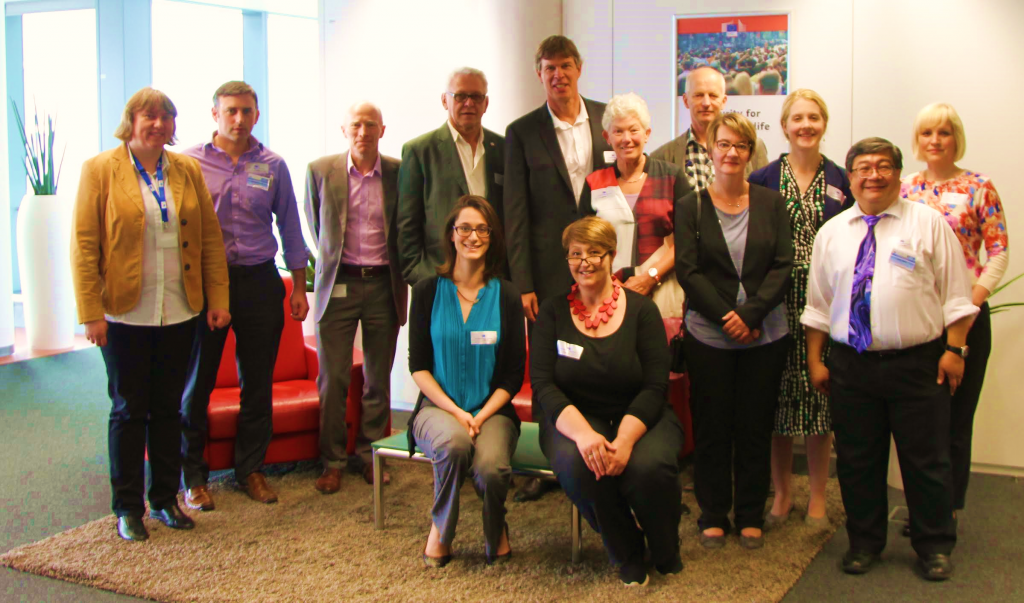 New Partners for the GRA

The Global Research Alliance on Agricultural Greenhouse Gases is pleased to announce some new partnerships.

The GRA has also invited to partner with the Climate and Clean Air Coalition (CCAC). The CACC has already collaborated with the GRA through the LRG’s Manure Management Research Network and through the PRRG / IRRI / CIAT methane emissions project.

For more information about these partners, please click on the links below.

Welcome to our 43rd Member, Tunisia

We are proud to announce Tunisia has joined the Alliance as the 43rd member. We look forward to working with Tunisia in a number of areas.

The Global Research Alliance is pleased to welcome Paraguay as its newest  Member. The Alliance team is looking forward to working with Paraguay and welcoming them at the upcoming Council meeting in the Netherlands.

Paraguay is the Alliance’s 41st member. For a full list of members see the Alliance Member Countries page here.

The Chair of the Global Research Alliance on Agricultural Greenhouse Gases (The Alliance) welcomes Belgium as the 40th member country.