The National Institute for Agro-Environmental Sciences (NIAES) has announced the media release of the new publication, “Guidelines for Measuring Methane (CH4) and Nitrous Oxide (N2O) Emissions from Rice Paddies by a Manually Operated Closed Chamber Method”.

The guidelines are supported by the MIRSA-2 project “Technology development for circulatory food production systems responsive to climate change (Development of mitigation option for greenhouse gas emissions from agricultural lands in Asia)”, and funded by MAFF, Japan, to support the goals and objectives of the Paddy Rice Research Group of the Global Research Alliance. 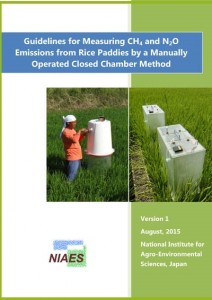 The GRA Rice Research Group in collaboration with IRRI, CIAT and the CCAC are lanching a project to reduce methane emissions intensities by 30% in eligible systems by 2019, while increasing food security and adaptation capacities of farmers.

The third newsletter on United Kingdom(UK) activities which support the Global Research Alliance (GRA) on Agricultural Greenhouse Gases is out now.

UK technical and scientific participation in the GRA builds upon the UK Government investment in the UK Agricultural Greenhouse Gas (GHG) Research Platform and aims to promote and enhance UK research into agricultural GHG monitoring and mitigation. To read the Newsletter click here.

AGGP is the initial response of Canada to the GRA initiative. It was open to Canadian organizations and will come to completion in 2015. The program will provide Canadian farmers with technologies to manage their land and livestock in a way that will mitigate greenhouse gas (GHG) emissions. To find out more: http://www.agr.gc.ca/eng/?id=1331047113009#l1

An article in support of the Paddy Rice Research Group – “Appropriate frequency and time of day to measure methane emissions from an irrigated rice paddy in Japan using the manual closed chamber method” has been published in the Greenhouse Gas Measurement and Management Journal. This research article is the first outcome for the Paddy Rice Research Group activity standardising measurements of greenhouse gas emissions from paddy rice. The next step for this research will be to compare data from irrigated rice paddies with different water management and tropical climates.

Abstract
Rice agriculture is a large anthropogenic source of atmospheric methane (CH4). The reliable estimation of CH4 emissions requires frequent measurements to trace diurnal and seasonal variations. To evaluate the appropriate intervals and optimal time of day to measure CH4 emissions using the manual closed chamber method, this study analysed four datasets of CH4 fluxes in a Japanese irrigated rice paddy measured at 2-hour intervals using the automated closed chamber method. The typical diurnal variation in the CH4 flux was observed after the rice’s heading stage, during which the daily time-weighted mean CH4 flux was observed twice, in the 08:00–11:59 and 18:00–21:59 time windows. During the flooded rice-growing period, the CH4 emissions, which were estimated by weekly measurements once per day during the 10:00–11:59 time window, corresponded to 93–106% of the emissions calculated using the automated measurement method. In contrast, no regular measurement strategies produced a satisfactory estimate of the CH4 emissions during the non-flooded rice-growing period because of a sharp increase in the CH4 flux just after the drainage. Consequently, the combination of weekly measurements once per day at approximately 10:00 as local mean time for the flooded rice-growing period and daily measurements once per day during the daytime for 1 week after each drainage event is recommended as a strategy to obtain the estimation with a ±10% error.

A priority project for the Alliance’s Livestock Research Group has been the evaluation of the USA developed GreenFeed (C-Lock) system to measure methane emissions from cattle in herd grazing situations.

An international collaboration between scientists in New Zealand and the USA to evaluate field methane measurement from cattle using the C-Lock system (an automated methane measurement system).  The US scientists had developed the C-Lock system for a temperate grazing pastoral system.  The UK and Australian governments have invested in the purchase of C-Lock systems and will spend time trialling and evaluating the system for use in their countries, but using the results from this study as background information.

A brief report on the first evaluation of this system under controlled conditions in New Zealand may be requested from the authors. Please visit the LRG technical information and knowledge page for more information.

Article published on the development of the croplands literature database 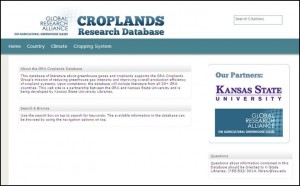 An article has been published in the Journal of Agricultural & Food Information about the development of a literature database for the Alliance’s Croplands Research Group. The database allows members of the Croplands Research Group to search and upload references of published literature concerned with mitigating greenhouse gas emissions from croplands by country, climate or cropping system.

The Croplands Research Group is happy to have contributed to this published paper and is grateful to Chuck Rice and K-State for their partnership. 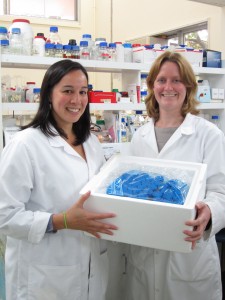 In October 2010, the Livestock Research Group of the Global Research Alliance identified an initial set of priority projects that it considered would greatly assist the international research effort into livestock GHG mitigation. These included establishing research networks in rumen microbial genomics and animal genomics, producing best practice guidelines and technical manuals for the measurement of CH4 and N20, conducting a global survey of rumen microbial diversity, and the testing of a novel in-field CH4 system.

These first priority projects are now coming to an end. Download and read the project reports under the Global Research Alliance > Project Reports section on the website of the New Zealand Agricultural Greenhouse Gas Centre who administered the projects on behalf the Livestock Research Group.